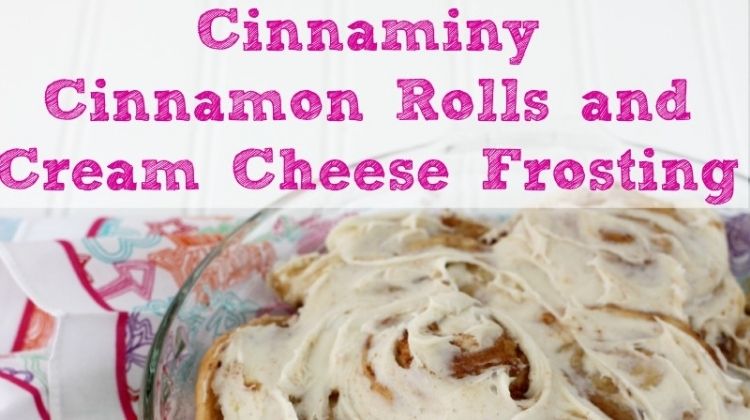 Cinnamon is not a Word!!! It is when you add extra cinnamon to the rolls! You know what? I just happened to do that! These rolls are exploding with Cinnamon and Sugar! This is not a breakfast for hardcore Dieters that is for sure. If you want to start your day off on a sweet note then these are the Cinnamon Rolls for you! They are very reminiscent of Cinnabon but I didn’t use a copycat recipe. I found this recipe from Just Love Cookin’ Ana Maria has a beautiful blog in Italian.

I made this recipe when I had friends from out of town and everyone went Gah Gah over it. So I knew that I needed to make it again for you all. Happy Tuesday and Happy Breakfast!!!

The dough makes a light and airy roll. The layers and layers of Cinnamon make it delightful! The trick to a really gooey yummy middle is melted butter and brown sugar! Oh and don’t forget the Cinnamon. Speaking of the middle…. That is my favorite part! I can leave the sides behind and eat the middle out of each roll!!!

Hmmmmm The middle……… Best Part of the Roll!

One of the great things about this recipe is how beautifully it bakes up. The dough rises easily and it bakes to a perfect golden brown. Just look at that bottom. So Tasty! Well, I do suppose I have to confess that other than the middle the Cream Cheese Frosting might really be my favorite!

It is so thick and creamy and sweet! You can see the cinnamon peeking through the frosting. Other than the insane amount in the middle I also added a layer on top. Just before baking brush melted butter on the tops of the rolls and sprinkle more brown sugar and cinnamon! You have the Perfect Cinnaminy Cinnamon Rolls!

This recipe is adapted from Just Love Cookin’

Hello, my name is Chandra, welcome to The Latest Kitchen Ideas! Baking and cooking has been a life long passion of mine. I have learned and grown through my travels and studies in Culinary Classes from Escoffier International Culinary Academy. Now I want to share my experience with you. Read More

LatestKitchenIdeas.com is a participant in the Amazon Services LLC Associates Program, an affiliate advertising program designed to provide a means for sites to earn advertising fees by advertising and linking to Amazon.com

All information found on LatestKitchenIdeas.com is intended for informational and educational purposes only. The information provided on this website is not intended to be a replacement or substitute for professional medical or nutritional advice. Please read our disclaimer here.